Compare prices from all of the major Las Vegas ticket brokers and from the official box office to find the best discount on “O” by Cirque du Soleil at Bellagio Las Vegas.  If you don’t find the cheapest price you wish to pay for tickets, set the lowest price alert and be notified when the price drops to your desired price point.

Added to wishlistRemoved from wishlist 0

$35 OFF
Use this "O" by Cirque Du Soleil discount ticket offer and save up to $35 on show tickets.
Show Discounts
Cirque du Soleil "O"
See Best Offer
View Promo Code
Added to wishlistRemoved from wishlist 0 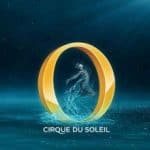 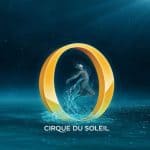 Save 15% On Tickets For "O" at Bellagio.
Apply Offer View Promo Code

TicketNetwork
out of stock
See Best Offer
Show all +


Must be 5 years of age or older

O by Cirque du Soleil is an unforgettable production consisting of an international cast of world-class acrobats, synchronized swimmers, divers and characters perform in, on and above a 1.5 million-gallon pool. The amazing act consists of  an aquatic tapestry of artistry, surrealism and theatrical romance in the breathtaking production.
Inspired by the concept of infinity and the elegance of water’s pure form, “O” pays tribute to the beauty of the theatre – from the simplest street performance to the most lavish of operas – where anything is possible and where the drama of life plays itself out before our very eyes.
“O”, phonetically speaking, is the French word for water (spelled “eau”).  Reflective of a 14th century European opera house, the “O” theatre seats 1,800 guests and was custom-designed to meet the unique demands of the show.
The recipient of many prestigious awards and honors including a THEA award in the live show category in 1999, honorary Entertainment Design Award in 1998 and the “best production show” for eight consecutive years 1999-2006 by the Las Vegas Review-Journal, “O” still shines as an elegant and stunning creation and is recognized as such by the industry, the press and the public